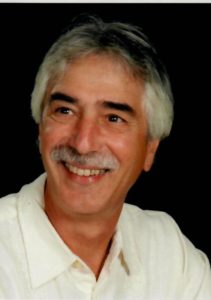 Albert was born on May 27, 1956 in Ellwood City to the late Bruno Albert Contino and Rose (Mundo) Contino. He is a member of the Riverside High School class of 1974. He also graduated from the Community College of Beaver County with a degree in Auto Repair. He had worked at the Linda Jones auto dealership in Beaver Falls and the Kenny Ross auto dealership in Cranberry Twp. as the manager of the auto body department. Most recently he worked at Auto Body Products Inc. in Beaver Falls. Albert is a member of the Holy Redeemer Parish. For many years he played the bass guitar with the Kiks Band. His greatest joy was being with his family, especially his grandchildren.

Albert is survived by his wife, Sally (Minteer) Contino whom he married on July 14, 1979, his son, Adam Contino of Koppel, his grandchildren, Madelyn, Izabella, Ariana, and Brixton Contino, his sister, Ann Marie (Frank) Buda of Ellwood City, his brothers, William “Bill” (Peggy) Contino of North Sewickley Twp. and James Contino of Franklin Twp., and several nieces and nephews. He is also survived by his mother and father-in-law, Betty and Don Minteer of Ellwood City.

Memorial contributions in Albert’s name may be made to the Beaver County Human Society.