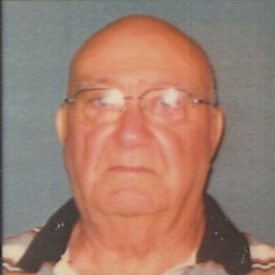 Mr. Tomeo was born on May 2, 1932 in Ellwood City to the late Angelo and Rosario (DiMatteo) Tomeo, He had graduated from Lincoln High School with the class of 1950 and later from Geneva College with a degree in business. From 1949 until 1951 he worked at the Babcock & Wilcox Steel Mill in Beaver Falls. Angelo then enlisted with the United States Air Force on May 1, 1951 and served with the 3275th USAF Hospital until his discharge on April 30, 1955. He was awarded the National Defense Service Medal, Japan Occupational Medal, Korean Service Medal, Good Conduct Medal, and the National Defense Service Medal. Following his service with the Air Force, Angelo worked for Boeing in Seattle, Washington, and later for the United States Federal Government in Orange County, California as an accountant. After retiring he moved back to Ellwood City. He is a member of the Calvin Presbyterian Church, the Sons of Italy Lodge #608, and enjoyed reading.

He is survived by his sister-in-law, Mary Louise Tomeo of Ellwood City, and many nieces and nephews.

He was preceded in death by his parents, his sister, Mary Santavicca, and his brothers, Michael, Carmen, and Domenic Tomeo.

Memorial contributions in Mr. Tomeo’s name may be made to the Calvin Presbyterian Church, 615 Crescent Ave., Ellwood City, Pa 16117.

A memorial service for Angelo will be held at a later date. The final arrangements are entrusted to the Samuel Teolis Funeral Home and Crematory Inc..