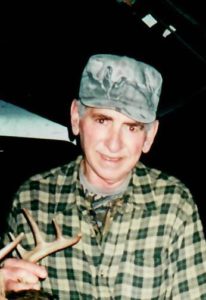 Mr. Anthony C. “Tony” Santillo, 82, of Ellwood City passed away on Saturday, November 9, 2019 at the Brighton Rehabilitation and Wellness Center.

Mr. Santillo was born on July 27, 1937 in Ellwood City to the late Louis F. and Mary S. (Carinci) Santillo. He had attended Lincoln High School, and is a member of the Holy Redeemer Parish. Anthony enlisted with the U.S. Army on September 20, 1956 and served with the Company B 704th Tank Battalion as a Tank Commander until his discharge on March 27, 1957 with the rank of Private-2. Following his service with the Army, Tony worked as a self employed mason contractor, and for the Borough of Ellwood City for 40 years in the street department. An outdoorsman, Tony enjoyed hunting, fishing, wood carving, and painting. He was a member of the Wampum Rod and Gun Club, Wampum Indian Archery Club, The Recurve Shack, and the Ellwood City Art Club.

Memorial contributions in Mr. Santillo’s name may be made to the Holy Redeemer Angel Fund.