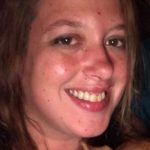 Ashley D. Smith, 37, of Ellwood City passed away on Sunday, August 21st, 2022 at the UPMC Jameson Hospital in New Castle.

Ashley was born on June 21st, 1985 in Ellwood City the daughter of the late Robert D. “Snuffy” Smith and Loretta (Buda) Smith of Ellwood City. She had worked at the Ellport Junction and most recently she was hired at 7-Eleven in Ellwood City both places as a clerk.

She is survived by her mother Loretta, brother Derek and his wife Jessica Smith of Ellwood City, niece Lenarose Smith, nephew Luca Smith, several aunts, uncles, and cousins, and her boyfriend Joseph Lyle.

Family and friends will be received on Friday, August 26th from 4:00 pm until the time of the Memorial Service at 6:00 pm at the Samuel Teolis Funeral Home and Crematory Inc. with Pastor Dennis Arndt officiating.