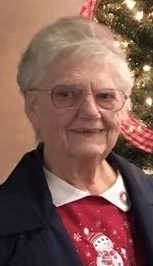 A lifelong area resident, Beverly was an avid baker, known for her elaborate Christmas trays which she gifted to friends and families. She volunteered as a cook at the Holy Redeemer School kitchen and church bazaars for several years and worked in several area restaurants.

In lieu of flowers, memorial contributions can be made in her name to Club Hope Foundation, 237 Sixth Street, Ellwood City, PA 16117.