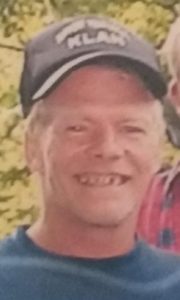 Bret A. Haswell, 58, formerly of Perry Twp. and presently of Sheffield, Pa passed away on Monday, August 2, 2021 at The Grove at Harmony.

Bret was born in Ellwood City on December 8, 1962 to the late Bill and Bertha (Flinner) Haswell. He had attended Lincoln High School. For many years Bret worked as a self employed carpenter. An outdoorsman, he enjoyed fishing and mushroom hunting.

He is survived by his daughter, Cortney (Bobby Tenney) of Monaca, grandchildren, Laihla, Maleaha, and Alayna Tenney, sisters, Brenda (Keith) Hunt and Debbie (Dave) Lyons both of Ellwood City, and brothers, Billy Haswell (Polly Hayes) of Ohio and Brian Haswell of Perry Twp..

He was preceded in death by his parents, and his grandson, Bryson Allen Tenney.

As per Bret’s wishes there will not be a public visitation. A private graveside service will be held at the Slippery Rock Cemetery. The final arrangements are entrusted to the Samuel Teolis Funeral Home and Crematory Inc..