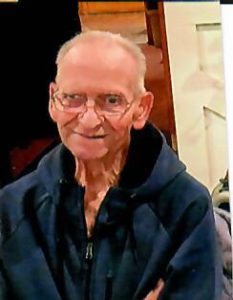 Mr. Custozzo was born on December 27, 1933 in Ellwood City to the late Steve and Dorothy Custozzo. He had graduated from Lincoln High School with the class of 1952. Drafted by the U.S. Army during the Korean War, he served 2 years active duty stationed in Germany, and served as a Medic 15th EVAC Hospital dispatcher. He had visited the following countries during his service: Germany, Italy, Austria, France, Belgium, Holland, Sweden, Denmark, and Netherlands. When he retuned home, her served 4 years active reserve. He made rounds at Steel Mills in the area, J&L, US Steel, and B&W. While attending night school at Penn State University studying Draft and Design he worked for National Life for 5 years and then went to work at the Aetna Standard. He also worked at Republic Steel in Beaver Falls for 30 years starting as a laborer, working through the ranks with various level of responsibility and retiring as Chief of Customer Service in 1998.

He was preceded in death by his parents, his sisters Josephine McLaughlin, Dot Moyer, and Mary Ann Custozzo in infancy, and his brothers Tony and Angelo Custozzo.

Visitation will be held on Tuesday from 2-4 and 6-8 pm at the Samuel Teolis Funeral Home and Crematory Inc. A service will be held on Wednesday at the Trinity Episcopal Church in New Castle at 10:30 am with Pastor Erin Shank officiating. The procession to the church will begin to leave at 9:30 am from the funeral home. Entombment will follow at the Holy Redeemer Cemetery, Assumption Mausoleum. Member of the Veterans Honor Guard are asked to meet at the cemetery by 12:15 pm to conduct full military honors.

Memorial contributions in Mr. Custozzo’s name may be made to the Trinity Episcopal Church, 212 N. Mill St., New Castle, Pa 16101.