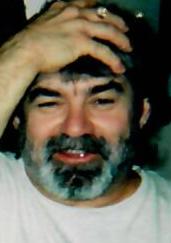 Carl A. Fresca, 68, of Ellwood City passed away on Tuesday, February 2, 2021 at the St. Elizabeth’s Hospital in Boardman, Ohio. Carl was born in New Brighton on September 22, 1952 to the late Carmen (aka Carlo Frisk) and Betty (Workman) Freska. He had graduated from Lincoln High School with the class of 1970, and later earned a degree in computer science. For 30 years he worked for the Norfolk Southern Railroad in Michigan and later in Greentree as a computer analyst. He had been a very active member of the First Baptist Church in Ellwood City. Carl enjoyed camping, swimming, playing music with his friends (mainly the bass), cycling, building models, and was an avid reader.

He is survived by his wife, Lorraine (Izzo-Russo) Fresca, his daughter, Kaziah McAnallen of Enon Valley and her fiancé Cody Michaels, his step-children, Brandi Russo of Beaver Falls, Ryan Russo of Florida, and Jordyn (Bryan) Pauletich of Ellwood City, his grandchildren, Brooklyn, Maceo, Ryahna, Kardyn, and Adaryn. He is also survived by his sister, Cheryl Fresca, and his nephew, John  Fresca.

He was preceded in death by his parents, and his sister, Toni L. Fresca.

A private graveside service will be held for the family on Friday at the Holy Redeemer Cemetery with Rev. Dave McQuiad officiating. The funeral arrangements are entrusted to the Samuel Teolis Funeral Home and Crematory Inc.