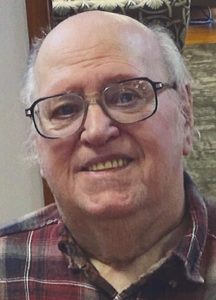 Mr. Carl E. Falen, 91, beloved father and grandfather, passed away on Thursday, January 20th, 2022 at the ripe age of 91, surrounded by family at his home in Ellwood City, Pennsylvania.

After many long years of battling declining health with a big heart and an iron will, Carl lived happily with his son, Timothy Falen and daughter-in-law, Deborah Falen, until his final moments; spending each day with family just around the corner and his furry-friend, Harley, at his side.

Carl was born on October 27th, 1930 to parents Robert and Emma (Porter) Falen in Ellwood City, Pennsylvania and was a proud 8-year veteran of the U.S. Army, where he served as a Medic during the Korean Conflict. He was an avid Steeler’s fan, faithful member of the Trinity Lutheran Church, and enjoyed spending his days volunteering and socializing with life-long friends made at the Ellwood City Challenges Center, where he happily celebrated his 91st birthday this past October.

Carl was a strong, proud and cherished man who will be missed by friends, relatives and beloved extended family for many years to come.

The Falen family would like to express a special ‘thank you’ to the Helping Hands Hospice of Hermitage and the Lawrence County/Butler Veteran’s Association for their support and helping to create memorable experiences to treasure in his final days.

A private service and military honors  for Mr. Falen will be held at the Samuel Teolis Funeral Home and Crematory Inc.. Interment will be at the Slippery Rock Cemetery.