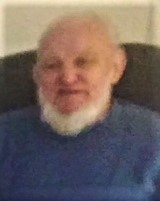 Mr. French was born on April 8, 1941 in Ellwood City to the late Claire E. French, Sr. and Mary E. (Phillippi) French. Carl worked as a truck driver for Heron Trucking Co., GCIU Trucking, and the George K. Garrett Co.. He also was a bus driver for the Riverside High School and a charter bus driver for Abbott Busing. He was a member of the College Hill United Methodist Church. Carl also belonged to the MOOSE Lodge, V.F.W., Hungarian Home, Saxons Club, and the Polish Club. An outdoorsman, he enjoyed fishing, hunting, and camping.

He was preceded in death by his parents, his wife, Sylvia M. (Mills) French, and his brothers, William H. “Harold” French, Claire E. “Gene” French, Jr., and Norman French.

A Memorial Service for Carl will be held at the College Hill United Methodist Church with Rev. Darryl Lockie officiating at a date and time to be announced. Inurnment will be at the Pinewood Memorial Park.

The funeral arrangements are entrusted to the Samuel Teolis Funeral Home, Inc. and Cremation Services

Memorial contributions in Mr. French’s name may be made to the American Cancer Society or to the Human Society.