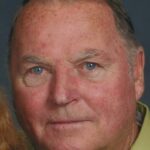 Mr. Schweinsberg was born in Ellwood City on May 14th, 1934 to the late Emmett and Bertha (Mook) Schweinsberg. He had graduated from Lincoln High School with the class of 1952, and served with the U.S. Army in Korea after the Korean Conflict had ended with the rank of Staff Sergeant. Charles had worked at the U.S. Steel bar mill in Ellwood City from 1952 to 1958. Following his service with the army he was employed by Columbia Gas for 37 years as a service man. He retired from Columbia Gas on May 1st, 1996.

Charles was a member of the Divine Grace Parish, Holy Redeemer Church and the church choir, he also belonged to the Ellwood City Area Civic Chorale. An outdoorsman, he enjoyed hunting, fishing, hiking, and tractor pulls. For many years he was an antique collector and dealer, and loved building puzzles.

He was preceded in death by his parents, his first wife Patricia (Ruzicka) Schweinsberg in 1996, son Stephen Schweinsberg at birth, daughter-in-law Christine Schweinsberg, and one step grandson.

Visitation will be held on Wednesday from 3-7 pm at the Samuel Teolis Funeral Home and Crematory Inc.. A mass of Christian Burial will be held on Thursday at 10:00 am at the Divine Grace Parish, Holy Redeemer Church with Father Mark Thomas officiating. Interment will follow at the Holy Redeemer Cemetery. Members of the Veterans Honor Guard are asked to meet at the  church on Thursday by 10:50 am to conduct full military honors.