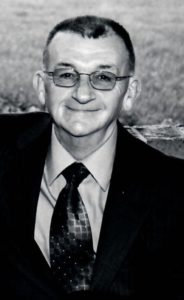 Mr. Charles H. “Bud” Long, Jr., 72, of Perry Twp. passed away on Tuesday, April 23, 2019 surrounded by his loving family at the Life Care Hospital of Pittsburgh.

Mr. Long was born on July 22, 1946 in Ellwood City to the late Charles H. “Bud” and Mary Louise (Armond) Long, Sr.. He had graduated from Lincoln High School with the class of 1964, and attended Edinboro University where he played as an offensive lineman on their football team. He enlisted with the United States Marine Corp. on October 7, 1965 and served in Vietnam until his discharge on June 20, 1969 with the rank of Corporal. He was awarded the National Defense Service Medal, VSM 2*, VCM (Vietnam), PUC, Purple Heart, Letter of Commendation, Good Conduct Medal, and the Marksman Badge (M14 Rifle). Following his service with the Marines, Bud worked at the Ellwood City Forge, and later at the Bulk Mail Center in Warrendale as a mail handler having retired in 2006. He is a member of the Holy Redeemer Parish, and the Ellwood City Wolves Club. He enjoyed hunting, fishing, golfing, and was an avid Pittsburgh sports fan. Most of all, he loved spending time with his family especially with his granddaughters.

He is survived by his daughter, Amy M. Long of Powell, Ohio, his son, Ryan C. (Laura) Long of Cranberry Twp., his granddaughters, Elizabeth Leymarie Long, and Caroline Lauren Long, and his sister, Stephanie Long and her companion Richard Thomas of Greensburg. He is also survived by his brother-in-law, Ed (Cindy) Leymarie of Wayne Twp. and his nieces, Lottie and Cassie Leymarie.

He was preceded in death by his parents, and his wife, Sharlene (Leymarie) Long whom he married on December 21, 1968 and passed away on February 1, 2008.

Visitation will be held on Friday from 5-8 pm at the Samuel Teolis Funeral Home and Crematory Inc. Members of the Ellwood City Wolves Club are asked to meet at the funeral home on Friday by 7:40 pm to conduct a service at 7:45 pm. A mass of Christian burial will be held on Saturday at 10:00 am at the Holy Redeemer Church with Father Mark Thomas officiating. Interment will follow at the Holy Redeemer Cemetery. Members of the Veterans Honor Guard are asked to meet at the cemetery on Saturday by 10:50 am to conduct full military honors.

Memorial contributions in Mr. Long’s name may be made to the Holy Redeemer Angel Fund.