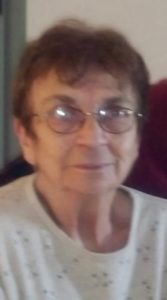 Mrs. Duncan was born on May 14, 1933 in Ellwood City to the late George and Mary (Frisk) Mazzei (Metz). She had graduated from Lincoln High School with the class of 1951. She had worked for the Commonwealth of PA, Department of Public Welfare at the Beaver County Assistance Office from 1990 until she retired in 2006. Charlotte is a member of the Holy Redeemer Parish, and a founding member of the Ladies of Charity. She was also a long time volunteer with the Ellwood City Hospital Auxiliary.

She was preceded in death by her parents, her husband, Robert R. Duncan whom she married on December 27, 1958 and passed away on August 28, 1975, her sisters, Clementine Pagani, Mary Mazzei, Rose Lordo, Emelia Carpenter, and Lucianne Robinson, and her brothers, Joseph, Augustine, Domenic, Charles, Joseph, and Charles Mazzei.

Visitation will be held on Thursday from 2-4 and 6-8 pm and on Friday from 10:00 am until the time of the Blessing Service at 11:00 am at the Samuel Teolis Funeral home and Crematory Inc. with Father Mark Thomas officiating. Interment will be at the Holy Redeemer Cemetery.