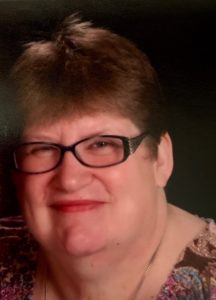 Mrs. Cheryl A. Tribuzio, 62, of Ellwood City passed away on Sunday, February 3, 2019 at the Edison Manor Nursing and Rehabilitation Center.

Cheryl was born on July 31, 1956 in Ellwood City to the late Joseph and Martha Ann (Havern) Gerard. She is a member of the Lincoln High School class of 1974 and the Trinity Lutheran Church. She had worked at the Passavant Retirement Community for over 30 years as a certified nurses aide, and then for H&R Block in Ellwood City for 17 years as a tax preparer. She is also a member of the Ellwood City MOOSE Lodge, Hungarian Club, and Polish Club. She enjoyed playing pool with the NAPA and Ellwood City Women’s Leagues, reading, watching the Pittsburgh Pirates, and mostly spending time with her family.

She was preceded in death by her parents, her husband, Richard J. “Chuch” Tribuzio whom she married on September 1, 1989 and passed away on August 6, 2012, and her sister Joyce Gerard in infancy.

Family and friends will be received on Sunday, February 10, 2019 from 3:00 pm until the time of the Memorial Service at 6:00 pm at the Samuel Teolis Funeral Home, Inc. and Cremation Services with Pastor Peggy Suhr-Barkley officiating.  The interment will be at the Slippery Rock Cemetery

Memorial contributions in Cheryl’s name may be made to the Trinity Lutheran Church, or to the charity of the donors choosing.