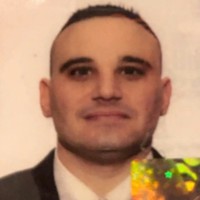 Christopher proudly served four years in the U.S. Navy as a HM3 “Corpsman”. After an honorable discharge from the Navy, Christopher worked as an EDT at UPMC Passavant Hospital ER, where he would later work as an EMT for the Cranberry Ambulance Corporation. Christopher then moved out of the medical field on to becoming a respected Police Officer at the Butler County Sheriff’s Department in Butler, PA and Jackson Township Police Department, for where he also worked briefly as a School Resource Officer for the Seneca Valley school district. His passion to continue helping others didn’t stop there. Christopher later became a Federal Officer for the U.S. Secret Service Uniformed Division for 9 years, protecting the President at the White House, until he retired.

Christopher received from the Navy, a National Defense Medal, a Sea Service Deployment Ribbon, an Armed Forces Expeditionary Medal, a Co Letter of Appreciation, a Letter of Commendation, an M-14 Riffle (Expert) Navy Ribbon and a Good Conduct Award for his service to our country. He also held a Top Secret/SCI Clearance with Full Scope-Lifestyle Polygraph and SAP with the U.S. Secret Service. He received the prestigious Secret Service Special Achievement Award, The Secret Service Academy, Basic Training certificate and Federal Uniformed Police Training certificate.

Visitation will be held on Saturday, February 1, 2020 at the Christ Lutheran Church located at 1302 E Washington St., New Castle PA, from 10:00 am until the time of memorial service at 11:00 am, with Pastor Sean Walters officiating. Full military honors will take place after the service.

Local arrangements have been entrusted to The Samuel Teolis Funeral Home and Crematory Inc.