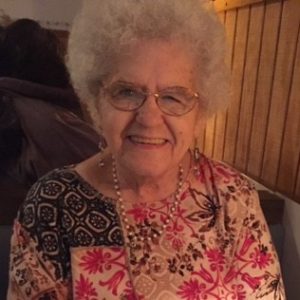 Mrs. Killian was born on May 14, 1929 in Nanticoke, PA to the late Alfred and Marie (Sadowski) Remely. She had graduated from the Nanticoke High School. For 35 years Claudia worked as a school bus driver for the Fairfax County School District. While living in Ellwood City she attended the Lillyville Church of God. She was a member of the Fairfax County Rod and Gun Club, and enjoyed bowling. She also played slow pitch softball until the age of 75 mainly as a catcher in the Golden Girls Senior Softball League.

As per Claudia’s wishes there will not be a public visitation or service. A private family burial will take place at a later date. The funeral arrangements have been entrusted to the Samuel Teolis Funeral Home and Crematory Inc..

Mrs. Killian’s family would like to thank the Northview Estates staff for the wonderful care that they extended to her.