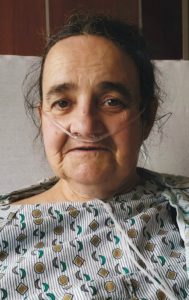 Mrs. Powell was born on August 20th, 1960 in Ellwood City to the late Don  Wilfong and Phyllis (Lambert) Davidson of New Brighton. She had worked at ACI in Cranberry Twp., Burger King and Paragone both in Harmony. He greatest joy was her grandchildren especially watching her grandsons play football.

Connie was preceded in death by her father and brother, Roger L. Wilfong.

Visitation will be held on Wednesday from 2 pm until the time of the service at 5 pm at the Samuel Teolis Funeral Home and Crematory Inc..

Memorial contributions in Mrs. Powell’s Name may be made to the American Cancer Society.