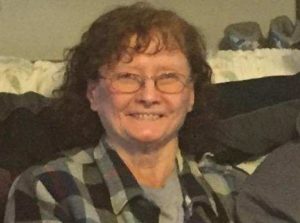 Mrs. Cynthia A. Pritts, 60, of Fombell passed away on Tuesday, August 22, 2017 at the UPMC Presbyterian Hospital.

Cindy was born on January 14, 1957 in Pittsburgh to the late Carl and Elizabeth M. Tonecha Zilka. She is a member of the Seneca Valley High School class of 1975. Cindy had worked at Eat N Park as a supervisor for many years. From 1996 until 2004 she and her husband Dave where the owners and operators of the First Street Dinner in Ellwood City. She then worked as the head cook at King’s restaurant in Cranberry Twp.. She was a member and an active volunteer of the Holy Redeemer Parish where she had taught 6th and 7th grade CCD for over 10 years. She enjoyed bike riding, gardening, and most of all spending time with her grandchildren. She will be sadly missed by all who loved her and knew her.

She is survived by her husband David Pritts whom she married on October 2, 1982, her daughter Christine Pritts of Fombell, her son Stephen Pritts of Franklin Twp., her grandchildren Elisa Pritts, Jolene Pritts, and Sadie Pritts, her sisters Carla (Karl) Zimmerman, Mary (Larry) Brown of Fombell, and Elizabeth L. (Howard) Jewel of Zelienople, her brothers, Carl J. (Chris) Zilka of Fombell, and Robert (Jessica) Zilka of Wyoming, and several nieces and nephews.

She was preceded in death by her parents, and her sister-in-law Bonnie Zilka.

Visitation will be held on Friday from 5-8 pm in the Samuel Teolis Funeral Home, Inc. and Cremation Services.