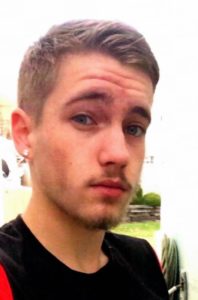 The son of Brandyn Kennedy and Anna Peffer, Dakota was born in Ellwood City on February 20, 1998. He had attended Lincoln High School and the Lawrence County Vo-Tech. Dakota loved riding and racing his dirt bike, cars, and fishing.

He was preceded in death by his maternal grandparents, Karen and Richard Ottaviani, and Elizabeth Phillips, and his maternal great grandfather, Richard Wright.

Visitation will be held on Sunday from 2-4 and 6-8 pm and on Monday from 10:00 am until the time of the service at 11:00 am at the Samuel Teolis Funeral Home, Inc. and Cremation Services with Rev. Phil Conklin officiating. Interment will follow at the Lillyville Church of God Cemetery.

Memorial contributions may be made to the funeral home.