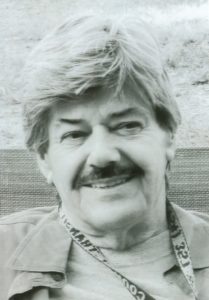 Mr. David Rockyvich, 78, of Ellport passed away on Tuesday, May 18th, 2021 at the UPMC Jameson Hospital in New Castle.

Mr. Rockyvich was born to the late Charles and Kathryn (Pazsint) Rockyvich, Sr. on November 10, 1942 in Ellwood City. He is a member of the Lincoln High School class of 1960, and the Holy Redeemer Parish. Dave enlisted with the U.S. Army on June 7, 1962 and served until his discharge on May 9, 1963 with the rank of Private First Class. Dave then worked at the Babcock & Wilcox Steel Mill in both Koppel and Beaver Falls, Accutran in Zelienople, and later as a bus driver for the New Castle Transit Authority. He enjoyed Karate, traveling, and was a member of the Hungarian Home. He also loved watching and playing with dogs and bird watching.

He is survived by his sister, Eleanor Castner of Phoenix, Arizona, numerous nieces and nephews, and his good friends, Mary and John Huff and Michael Oprisu.

He was preceded in death by his parents, his sister; Mary L. Campbell, his brother, Charles Rockyvich, Jr., and his brother-in-law, Joseph Castner.

There will not be a public visitation. A private graveside inurnment will be held at the Holy Redeemer Cemetery. Final arrangements are entrusted to the Samuel Teolis Funeral Home and Crematory Inc..