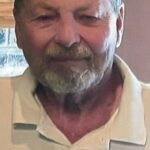 Mr. Byler was born in New Castle on June 27th, 1943 to the late David A. and Agnes (Donnely) Byler. He had graduated from New Castle High School with the class of 1962. Following high school Dave started his career as a truck driver until his retirement. He is a member of the Wampum Methodist Church, Union Twp. Lions Club, and life member of the Shenango China Rod & Gun Club. An outdoorsman, Dave enjoyed hunting, fishing, and riding motorcycles.

He is survived by his wife Sally (Smiley) Byler whom he married on March 6th, 1965, son David W. Byler and his companion Denise Harris of Wayne Twp., two brothers, nieces Cindy Coblentz and Renee Byler, and several nieces, nephews, great-nieces and great-nephews.

Dave was preceded in death by his parents, son Michael Byler at birth and one brother.

Visitation will be held on Friday from 3:00 pm until the time of the service at 7:00 pm at the Samuel Teolis Funeral Home and Crematory Inc. with Pastor Dave Keppen officiating. Interment will be at the Clinton Cemetery.

Memorial contributions in Mr. Byler’s name may be made to the Alzheimer’s Foundation, alzfdn.org.