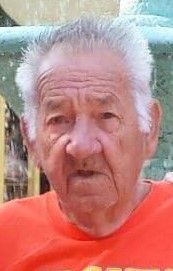 Mr. Dean A. “Squeak” Morrison, 90, of Franklin Twp. passed away on Wednesday, March 4, 2020 at the Carriage Court Personnel Care Home.

Mr. Morrison was born on April 21, 1929 in Ellwood City to the late Merle and Marie (Eiler) Morrison. He enlisted with the U.S. Army on November 15, 1954 and served until his final discharge on November 20, 1962 with the rank of SP4. Following his service with the Army, Squeak worked at the Babcock & Wilcox Steel Mill in Koppel as a crane man. After the mill closed he worked for Bloom Coal Mining in Ohio as a heavy equipment operator. He attended the Washington Christian Alliance Church. He is a member of the Hungarian Home, Eagles Club, and the V.F.W. An avid fisherman he also enjoyed camping, boating, riding horses, and going to horse shows.

He was preceded in death by his parents, his wife, Delores (Albert) Morrison, his sisters, Shirley Tinley, Rosella Stone, and Alberta Morrison, and his brother, Sam Morrison.

A private service for Mr. Morrison will be held by his family at a later date. The funeral arrangements are entrusted to the Samuel Teolis Funeral Home and Crematory Inc..