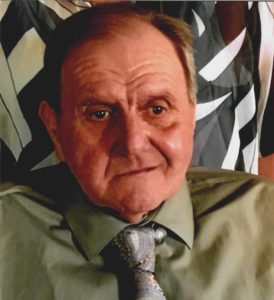 Denny was born in New Castle on December 3, 1953 to the late Darlene D. (Lotz) Tino. He had graduated from Lincoln High School with the class of 1972, and later attended Slippery Rock University. Known as the “beer man” Denny worked for Tony’s Distributing Company for 45 years. He is a member of the Saxon’s Club, Sons of Italy #608, the Eagles Club, MOOSE #93, and the Hungarian Home. He was also an avid Pittsburgh Pirates and Steelers fan.

He is survived by his wife, Angela “Angie” (Martino) Guthrie, his daughters, Treina Martino and Courtney Beachem both of Ellwood City, his son, Tony Guthrie of New Jersey, and his sisters, Becky (Mike) McAllister of Ellwood City and Beth Ann Fuehrer of Wampum.

He was preceded in death by his mother and father, Darlene and Anthony “Tony” Tino Jr..

Visitation will be held on Wednesday from 4-6 pm and on Thursday from 10:00 am until the time of the service at 11:00 am at the Samuel Teolis Funeral Home and Crematory Inc. with Rev. R. Tod Custer officiating. Interment will be at the Holy Redeemer Cemetery.