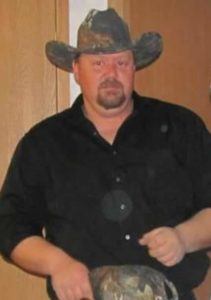 Don was born on September 29, 1970 in Ellwood City to Donald and Janet Stanton Edinger . He graduated from Beaver Falls High School with the class of 1989 and the New Castle School of Trade where he studied HVAC. He had worked briefly at Central Air in New Castle, then American Industries  and Donahue Rail Cars as a welder. He also had worked as a Fireman with Station 81 in Sheakleyville, Pa, and as a EMT with Life Force in Greenville. An outdoorsman, Don enjoyed hunting, fishing, camping, and was a member of the Koppel-Big Beaver Sportman’s Association. He also loved spending time with his children, and woodworking.

Don is survived by his wife Holly Tanner Edinger whom he married on February 10, 1996, his parents Donald and Janet Edinger of Koppel, his daughter Kelsey Edinger of Koppel, his sons Donald C. Edinger III and Jordan Edinger both of Edinburg, his sisters Lorene (Jeff) Hopper of Mt. Jackson, Tina (Frank) Miller of Hillsville, and Kara Edinger-Jacoby of Koppel, and his brother Harry Fisher of North Sewickley Twp..

He was preceded in death by his brother Randy L. Fisher.

Visitation will be held on Friday from 2:00 pm until the time of the Service at 6:00 pm in the Samuel Teolis Funeral Home, Inc. and Cremation Services. Interment will be at the Grandview Cemetery in Beaver Falls.

Memorial contributions in Donald’s name may be made to the Sheakleyville Volunteer Fire Department, 3278 Perry Highway, P.O. Box 72, Sheakleyville, Pa 16151.