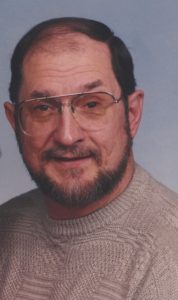 Mr. Covert was born in Ellwood City on May 31, 1937 to the late Ira and  Gladys (Flinner) Covert. Don had graduated from Lincoln High School with the class of 1957. He worked at the Babcock & Wilcox Steel Mill in Beaver Falls, YDC, and was the co-owner of Uptown Beer & Beverage and Flowers N Things flower shop. He is a life member of the Ellwood City MOOSE Lodge #93, the Ellwood City Elks Club, and a 50 year member of the Ellwood City Fire Department. He had coached Little League Baseball, and enjoyed watching his grandchildren play sports. He also enjoyed going out to eat with family members, especially for Mexican food with John and Sandy Conti.

Don was preceded in death by his parents, his daughter, Lori Tritt, and his first wife, Marsha M. Covert.

Visitation will be held on Saturday from 9:00 am until the time of the service at Noon at the Samuel Teolis Funeral Home and Crematory Inc. with Rev. Sean Brubaker and Pastor Peggy Suhr-Barkley  officiating. Interment will follow at the Locust Grove Cemetery.

Memorial contributions in Mr. Covert’s name may be made to the Ellwood City Fire Department, 411 6th St., Ellwood City, Pa 16117.