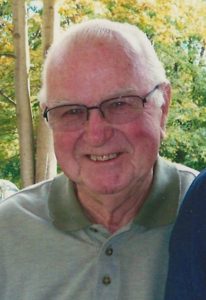 It is with great sadness that the family of Mr. Donald J. McMichael, 90, of Franklin Twp. announces that he passed away on Monday, May 10, 2021 at the Butler Memorial Hospital.

Mr. McMichael was born in Ellwood City on January 9, 1931 to the late Marion and Caroline (McCloskey) McMichael. He is a member of the Lincoln High School class of 1949, and the Holy Redeemer Parish. On June 11, 1953 Don enlisted with the U.S. Army and served with the Company C 701st Military Police until his discharge on May 10, 1955. Following his service with the army he worked at Armstrong World Industries for 43 years. An outdoorsman, Don enjoyed hunting, fishing, gardening, traveling with his family, and spending time with people.

He was preceded in death by his parents, his wife, Dolores (Lance) McMichael whom he married on October 20, 1951 and passed away on March 30, 2018, his sister, Ruth Coast, and his brother, Robert McMichael.