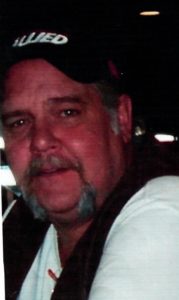 Donald was born on July 28, 1957 in Ellwood City to Donald J. and Georgian (Bevivino) Mudric of Ellwood City, He had graduated from Lincoln High School with the class of 1975. While living in Ellwood City, Don worked at Garrett’s. He then moved to Denver where he worked for McDonald-Douglas which later became Boeing, followed by him moving to Decatur, Alabama and most recently working for United Launch Alliance. Don built the third stage booster for the spaceship which was sent to Pluto. He enjoyed golfing and photography.

He is survived by his parents, his son, Donald J. Mudric III of Baden, and his brother, Mark (Leslie) Mudric of Ellwood City.

A memorial mass for Don will be held at the Holy Redeemer Church at a later date. Local funeral arrangements are entrusted to the Samuel Teolis Funeral Home and Crematory Inc..

Memorial contributions in Don’s name may be made to the Holy Redeemer Angel Fund.