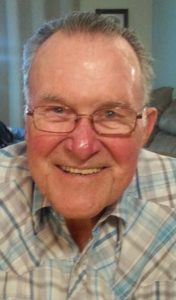 After a two-year battle with lung cancer, Don Buzard, 78,  of Ellwood City passed peacefully, surrounded by his family, in the Good Samaritan Hospice in Beaver on December 20, 2021. Born May 26, 1943 to Wade & Viette Buzard, Don spent his life in Ellwood, save for a four-year tour with the US Navy, which came after graduating from Lincoln High School in 1961. After returning home from the Navy, he met Mary Kathryn DeNome, whom he married May 14, 1966. From there, Don & Mary Kay brought into the world three sons: Don Jr. (Jennifer Cvetnic) of Beaver, Anthony (Michelle Green) of Cranberry Township, & Eric (Mindy Reola) of Williamsburg, VA.

Don was always quick to help others, whether it was with a home project, working on a car, or lending a hand with getting folks what they needed. Part of Don’s legacy lives on through teaching his little brother, Rob, how to golf & hunt. Other parts of his legacy live on through music, as he touched many others with his guitar & keyboard playing. A talented musician with quick wit, Don actually died of a heart attack in 1998. But, like most great musicians, he came back for a 20-year encore.

Knowing the life he lived, Don will be joining his parents & wife in God’s Kingdom. Around a campfire, we expect that he’ll join cousins & others who played music with him to start a heavenly bluegrass band in the coming days. Remaining in the audience, in addition to his sons & their wives, he leaves behind his sister, Pat Craig, his brother, Rob, grandchildren Lauren & Tyler (Donnie), Rachel & Krista (Anthony), & Erica, Alex, & Adam (Eric). Extended family, including Don’s many nieces & nephews, are also left to celebrate his life. Not to be ignored is a lesson Pops taught us about the importance of family, so Don never had in-laws, he had extensions of family through Mary Kay; namely Elaine & Gerry Cortez of Ellwood & Lou & Sandy DeNome of Quarryville, PA.

We need to thank all those who spent time with Don, whether it was the Old Man Music Club who’d join him at the house for weekly jams or the groups he’d play with in Grove City. We’re grateful that he had someone special, Helen Ferguson, to spend the last decade with. And, of course, we appreciate the staff at both UPMC-Passavant facilities the Good Samaritan Hospice; their care & bedside manner were beyond words.

All are welcome to pay respects at the Samuel Teolis Funeral Home and Crematory Inc. from 4pm to 8pm on Wednesday, December 22nd  and on Thursday, December 23rd from 10:00 am until the time of the Blessing Service at 11 am. Interment will follow at the Holy Redeemer Cemetery. Members of the Veterans Honor Guard are asked to meet at the funeral home on Thursday by 10:50 am to conduct full military rites.

In lieu of flowers, anyone who wants to make a donation on Don’s behalf, please send your gift to Scotch Hill Presbyterian Church, 489 Centertown Road, Grove City PA 16127. This was where Pops met friends to play music on Thursday nights, so donations in his name for the Thursday Night Music Club would help to let his legacy resonate throughout those hallowed halls.