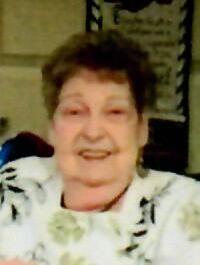 Mrs. Doris J. Daufen, 89, of Fombell passed away on Tuesday, June 18, 2019 at the Providence Care Center in Beaver Falls.

Mrs. Daufen was born on May 12, 1930 in New Castle to the late William and Edna (Dean) McCracken. She graduated from the Harlandsburgh High School with the class of 1947. She had worked for the Bell Telephone Company as a switch board operator, and later at Leeds & Northrup in Ellwood City for 20 years. Doris was a member of the Camp Run United Presbyterian Church in Fombell. She enjoyed camping and playing bingo.

She is survived by her daughters, Cathy (Rudy) Kelosky of Ellwood City, Karen (Nick) Cananzi of Koppel, Kimberly (Daniel) Freed of Beaver Falls, and Kris (Dru) Duffy of Florida, her seven grandchildren, and seven great-grandchildren.

She was preceded in death by her parents, her husband Kenneth C. Daufen whom she married on August 21, 1948 and passed away on November 21, 2009, her sisters, Evelyn Morrison, Velma Evans, and Lucille Bluedorn, and her brothers, Will and Don McCracken.

Visitation will be held on Friday from 4:00 pm until the time of the service at 8:00 pm at the Samuel Teolis Funeral Home and Crematory Inc. with Rev. Andy Shaffer officiating. Interment will be at the Camp Run Church Cemetery.