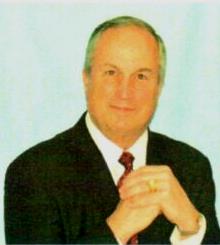 Mr. Cosgrove was born on April 23, 1950 in Battle Creek, Michigan to Gale and Lola Riezer Cosgrove. He graduated from the Big Rapids High School, and the U.S. Naval Academy in Annapolis, MD in 1972. Doug then served with the U.S. Navy with the rank of Lieutenant for 5 years and was awarded the National defense Service Medal, Meritorious Unit Commendation, Combat Action Ribbon, Expert Pistol Medal, Vietnam Service Medal, and the Vietnam Campaign Medal. Following his service with the Navy, Doug worked as the owner and operator of the Gold Dust Jewelry Store and later as a real estate broker in Annapolis, MD. After he moved to Ellwood City in 1990 with his wife Lenore, he worked as an Employee Benefit Specialist. Doug enjoyed golfing, reading, and playing with his grandchildren at the creek which flowed behind his house.

He is survived by his wife Lenore Bazzichi whom he married on October 24, 1990, his mother Lola Cosgrove of Travis City, Michigan, his sons Joshua (Love) Cosgrove of Florida, and Matthew (Kara) Cosgrove of Maryland, his step-son Troy Gompt of Ellwood City, his grandchildren Peyton, Aubrey, and Cole, and his sister Dawn (Clyde) Buchanan of Michigan.

As per Doug’s wishes there will not be a public visitation or service.

Memorial contributions may be made to the Park Gate Baptist Church, 2840 River Rd., Ellwood City, Pa 16117.