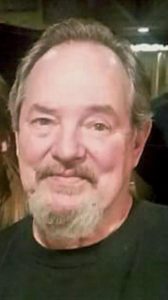 Doyle was born on January 20, 1950 in Charleston, West Virginia to the late Doyle E. and Doris Taylor Butler. He is a member of the Riverside High School class of 1968, and was certified as a diesel mechanic by the Diesel Mechanic School in New Castle. He enlisted with the U.S. Army on September 26, 1969 and served until his discharge on March 24, 1972.  He was awarded the National Defense Service Medal.  Doyle worked at the Babcock & Wilcox Steel Mill for 13 years, and then as a truck driver for TBJ Trucking Co.. Most recently he was working with his son-in-law Randal for Graham’s Renovations. He enjoyed going to Turkey shoots with his friend Chuck Bingle, fishing, vacationing at Hatteras Island, North Carolina, and most of all spending time with his grandchildren and great-grandchildren.

He is survived by his wife Cookie Rough Butler whom he married on April 6, 1991, his daughter, Michelle (Randal) Graham of North Sewickley Twp., his sons, Kirk Butler and his partner Johnathan Valentine of Carlisle, Pa, Mathew (Kelly) Butler of Chippewa Twp., and Jake Butler of Ellwood City, his 15 grandchildren and 4 great-grandchildren, his sister, Sharon (Rich) Hajec of Jeffersonville, Indiana, his mother-in-law Hildegard Rough of North Sewickley Twp.,  his step-daughter Christa McAnallen, his step-son Michael (Ashley) McAnallen, his first wife Marsha Chesko, and several nieces and nephews.

He was preceded in death by his parents, and his sister Kathy Declynn.

A Celebration of Life Service will be held by the family at a later date. The funeral arrangements have been entrusted to the Samuel Teolis Funeral Home, Inc. and Cremation Services.