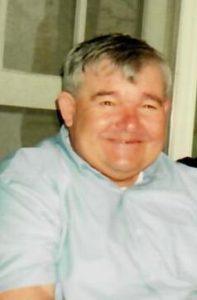 Dr. Barnes was born on January 16, 1942 in Wooster, OH to the late Rev. Charles L. Barnes, Sr. and Maryellen (Smith) Barnes. He had graduated from Zelienople High School with the class of 1959, and Penn State University. He then went on to graduate from the University of Pennsylvania Veterinarian School with the title of VMD. He was the owner and operator of The North Sewickley Veterinarian Clinic, and for 32 years he worked as the Supervisory Veterinarian Medical Officer for the USDA. Lee was a member of the NRA, and enjoyed gun collecting, drag racing, and watching Penn State and Pittsburgh Steelers football.

He is survived by his daughter, Celeste Barnes of Beaver Falls, his son, Christopher (Jana) Barnes of North Sewickley Twp., his eight grandchildren, two great-grandchildren, and his brother, Dr. Larry Barnes of Harmony.

He is preceded in death by his parents, his wife, Linda “Linn” (Stempeck) Barnes whom he married on June 6, 1969 and passed away on February 8, 2011, and his sister-in-law, Martha Barnes.

Visitation will be held on Thursday, June 13, 2019 from 3:00 pm until the time of the service at 6:00 pm at the Samuel Teolis Funeral Home and Crematory Inc., with Jay Wiley officiating.