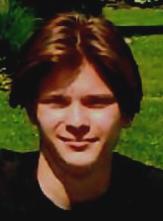 Dustin was born on September 24th, 2002 in Ellwood City to Nicholas “Nick” and Laura A. (Schaffer) Vignolini. Dustin was a senior at Riverside High School. He enjoyed many activities such as playing x-box, quad riding, hunting, fishing, archery, motor-cross, and hanging out with his friends, especially his big brother, Dylan.

Visitation will be held on Tuesday, February 9th, 2021 from 2-4 and 6-8 pm and on Wednesday from 10:00 am until the time of the service at 11:00 am at the Samuel Teolis Funeral Home and Crematory Inc., with Rev. Dennis Arndt officiating.  Interment will be at The Lillyville Church of God Cemetery.

Memorial donations in Dustin’s name may be may to a suicide prevention organization of the donor’s choosing.

Those attending the visitation are asked to wear a mask and practice social distancing.