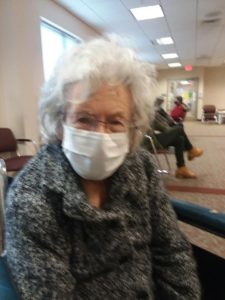 Mrs. Kanzleiter was born in Youngstown, Ohio to the late Paul and Susan (Malachak) Babarck on June 29, 1929. She had graduated from the Chaney High School in Austintown, Ohio. Elizabeth worked for Ohio Machinery, Tri-Farmers in North Sewickley Twp. both as a secretary, Walmart in Cranberry Twp., and for Muscular Dystrophy as a caregiver and fundraiser. In her earlier years she enjoyed fishing, and most recently flower gardening, baking and cooking. She is also a member of the Holy Redeemer Parish.

She was preceded in death by her parents, her first husband, Alfred Gadzia in 1961, her second husband, Louis Kanzleiter in 2001, her daughter, Linda L. Kapec-Bortz, her sisters, Ann, Mary, Dorothy, Sue, and Helen, and her brother, George in infancy.

A private family visitation and service will be held for Mrs. Kanzleiter at the Samuel Teolis Funeral Home and Crematory Inc. with Pastor Patrick Keley officiating. Interment will be at the Holy Redeemer Cemetery.