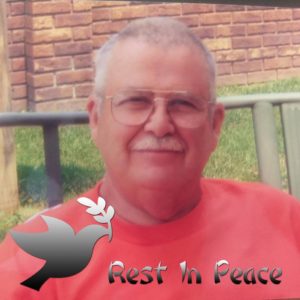 Mr. Mallary was born on January 10, 1942 in Ellwood City to the late William M. and Hannah (McWithey) Mallary. He is a member of the Lincoln High School class of 1961, and the Wurtemburg United Presbyterian Church. He enlisted with the U.S. Army on June 2, 1961 and served with the 6th US Army signal missile support detachment at Fort Lawton, Washington until his discharge on June 1, 1964. Following his service with the Army, Ernie worked at the Babcock & Wilcox Steel Mill in Beaver Falls, Halstead Industries in Zelienople both as a machine operator, and then with Flow Line in New Castle as a plasma operator. While his children where growing up, Ernie coached Packers Football,  Little League and Pony League Baseball. He also enjoyed fishing and hunting.

Mr. Mallary is survived by his wife, Judith (Bailey) Mallary  whom he married on July 31, 1965, his sons, Ernie Mallary and Larry Mallary both of Wayne Twp., his grandchildren, Calee, Ariana, Mia, Austin, and Alexis Mallary, and his great-grandchildren, Trenton and Tarah Fowler, and Tryston McLain. He is also survived by his brother, William (Marilyn) Mallary of Friendswood, TX.

He was preceded in death by his parents, and his step father, Phillip Price, and his brother, James E. Mallary in infancy.

Family and friends are invited to attend a Memorial Picnic which will be held in Ernie’s honor on Sunday, May 27, 2018 at Moraine State Park, in the McDaniels Pavilion #006 from Noon until 4:00 PM.

The funeral arrangements have been entrusted to the Samuel Teolis Funeral Home, Inc. and Cremation Services.