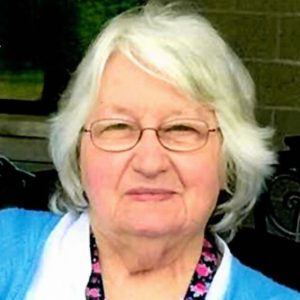 Jean was born on June 14, 1935 in Chippewa Twp., Beaver Falls to the late Lawrence and Myrtle (Joy) Chapman. She attended Beaver Falls High School and graduated from Lincoln High School in Ellwood City. She was employed in the office of the Clyde M. Bartly Company Inc., and at Mario’s Giant Eagle where she was the manager of the Deli and Restaurant departments, and later as a cashier from which she retired at the age of 78. Jean was a member of the Christ Presbyterian Church and served as an Elder, Deacon, Sunday School Teacher, and Assistant Director for the Boarshead Festival. She was also a member of the Quilting Group, as she enjoyed sewing and seamstress work. She was very welcoming and her table was always open, she was known for her famous apple dumplings, French pastries and homemade noodles.  Jean was loved by all who knew her, she will be fondly remembered as a loving mother, grandmother, and friend.

She is survived by her daughters, Karen (James) Berkon of Arlington, VA., and Amy (Mark) Cramer of Ellwood City, her sons, Keith (Carol) Lintz of Southport NC., Jeffrey (Lorena) Lintz of Morgenton, NC., and Kenneth (Lori) Lintz of North Sewickley Twp., her 14 grandchildren, 7 great-grandchildren, her sisters, Edith Swogger of Conway and Helen Simpson of Big Beaver.

She was preceded in death by her husband, Joseph E. Lintz whom she married on June 25, 1952 and passed away on October 26, 2009, four bothers and two sisters.

Due to the current COVID-19 pandemic all services will be private. Interment will be at the Holy Redeemer Cemetery. Funeral Arrangements have been entrusted to the Samuel Teolis Funeral Home and Crematory Inc.

Jean’s Family would like to thank Grane Hospice, and more specifically thank Judy, Genna, and Steve for their kind, and compassionate care.