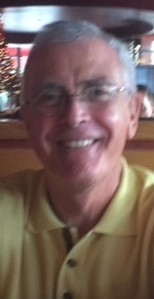 Bud enjoyed traveling and exploring new areas to live, country music, walking, reading, especially history, family gatherings, and just hangin out in the kitchen making his “famous” Granola. His keen sense of humor and positive attitude was contagious and oh what a smile! Throughout his diverse manufacturing experience, he mentored many young professionals along the way.

He was preceded in death by his parents, and his father-in-law, Vincent H. Mercuri.

Details of a memorial service for Bud to be held in Ellwood City will be announced in the near future. Memorial contributions in Bud’s name may be made to the American Diabetes and American Heart Associations.

The local funeral arrangements are entrusted to the Samuel Teolis Funeral Home and Crematory Inc.