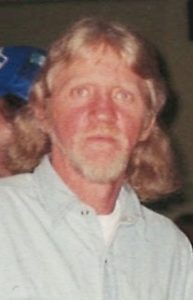 Luke was born on January 16, 1958 in Ellwood City to the late Francis B. and Janice (Duncan) Haswell III. He had attended Lincoln High School and the Living Water Baptist Church. An outdoorsman he enjoyed hunting and fishing.

He was preceded in death by his parents and his son Robert L. Haswell.

Following  Luke’s wishes there will not be a public service. Final arrangements are entrusted to the Samuel Teolis Funeral Home and Crematory Inc..