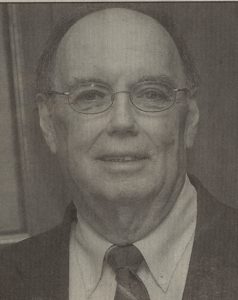 Mr. Keller was born in Ellwood City on August 9th, 1938 to the late Francis W. “Fritz” and Ruth (Shafer) Keller, Sr.  He had graduated from Lincoln High School with the class of 1956 and later from Slippery Rock University where he earned his Bachelors and Masters Degrees in Education. He then did his post-graduate work at Georgetown University and Clarkson Institute of Technology. He later received his Superintendent Certification from Westminster College. Mr. Keller started his 43 year career in education as a math teacher at Lincoln High School and after five years  he was appointed as the elementary school supervisor in charge of math curriculum. After the school board reinstituted the position of principal he was promoted to elementary principle in charge of seven schools, and became the director of federal projects and transportation coordinator.  Mr. Keller retired from the Ellwood City Area School District as the Superintendent. He enjoyed watching sporting events, and most of all spending time with his family.

Mr. Keller’s family would like to thank the staff at Trinity Oaks for the wonderful care that they extended to him.

Family and friends will be received on Sunday from Noon until the time of the Memorial Service at 2:00 pm at the Samuel Teolis Funeral Home and Crematory Inc..