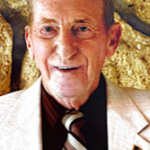 Mr. DeCaria was born on October 23rd, 1931 in Ellwood City to the late James and Pauline (Venezie) DeCaria. He had graduated from Lincoln High School with the class of 1949. From 1950 until 1952 Frank worked for the Garrett Company as a packer. On November 25th, 1952 he enlisted with the U.S. Army and served with the rank of Corporal until he was discharged on November 24th, 1954. He was awarded the National Defense Service Medal, Good Conduct Medal, Korean Service Medal with 1 Bronze Service Star, and United Nations Service Medal. Following his service with the army, Frank worked at the Babcock & Wilcox Steel Mill until 1987. While living in Ellwood City Frank was a member of the Holy Redeemer Church, in Florida he was a member of the Saint Andrews Church of Cape Coral. Frank also had memberships with the Elks, MOOSE, American Legion, Sons of Italy (life time member), and The Italian American Club in Cape Coral Florida where he served as President from 2011 to 2012.

Frank was a life time golfer in Pennsylvania and loved playing golf with all his friends in Florida. He was a loving family man. He enjoyed his children, grandchildren, and great-grandchildren. Frank loved helping others. His time spent in Florida with his loving wife were filled with great adventures that included family and friends.

Visitation will be held on Tuesday, August 16th 2022 from 4-7 pm at the Samuel Teolis Funeral Home and Crematory Inc.. A mass of Christian burial will be held on Wednesday, August 17th, 2022 at the Devine Grace Parish, Holy Redeemer Church at 11:00 am with Father James Wehner officiating. Interment will follow at the Holy Redeemer Cemetery. Members of the Veterans Honor Guard are asked to meet at the cemetery on Wednesday, August 17th, 2022 by Noon to conduct full military honors.

Memorial contributions in Mr. DeCaria’s name may be made to the; MSAA, Multiple Sclerosis Association of America.