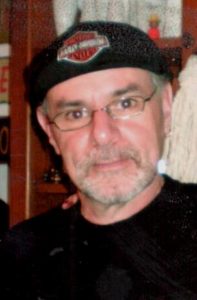 Frank was born on October 26, 1950 in Ellwood City to the late James V. “Muskie” and Vera Jeannette Annarumo. He had graduated from Lincoln High School with the class of 1969.  He is also a member of the Holy Redeemer Parish. Frank had worked at Rockwell in New Castle from 1972 until the plant closed in 1992, and later at Veka for several years. He was also the owner and operator of Fombell Pizza which he started at the Fombell General Store in 1985 and moved to Ellwood City in 1987.  He is a member of the MOOSE Lodge #93, and enjoyed going to car cruises.

Family and friends will be received on Saturday from 11:00 am until the time of the Blessing Service at 2:00 pm in the Samuel Teolis Funeral Home, Inc. and Cremation Services with Father Mark Thomas officiating.

Memorial contributions in Frank’s name may be made to the American Cancer Society.