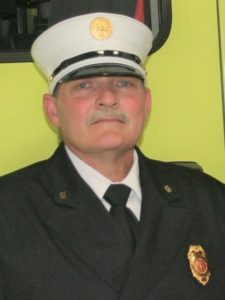 Mr. Frank J. Ritorto, Jr., 63, of Ellport passed away on Tuesday, August 18, 2020 at the UPMC Presbyterian Hospital in Pittsburgh.

Mr. Ritorto was born on July 14, 1957 in Ellwood City to the late Frank and Joanne E. (Timpano) Ritorto, Sr..Frank is a member of the Lincoln High School class of 1976 and the Holy Redeemer Parish. He had worked at the Aetna Standard Eng. Co. in Ellwood City and later at Harmony Castings. Since 1997 he has worked at Herr-Voss as a fitter. In 1977, Frank joined the Wurtemburg Perry Twp. Volunteer Fire Department and most recently he has been serving as their safety officer. For the past few years Frank has been serving on the Ellport Boro Council. An avid golfer, Frank belonged to the Del-Mar Golf Course and served on their board of directors. He also is a member of the Sons of Italy #608 in Ellwood City.

He was preceded in death by his parents, his wife, Carol (Rugh) Ritorto in 2019, and his in-laws, Tom and Nancy Rugh.

Memorial contributions in Frank’s name may be made to the Wurtemburg Perry Twp. Volunteer Fire Department.

Those attending the visitation and funeral mass are asked to wear a mask and practice social distancing.