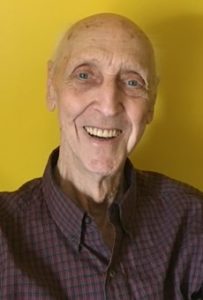 Mr. Frank R. Kriegisch, 91, of Ellwood City passed away on Saturday, March 20th, 2021 at the Good Samaritan Hospice in Beaver.

Mr. Kriegisch was born on October 17th, 1929 to the late Josef and Mary (Bartsch) Kriegisch in Ellwood City. Frank graduated from Lincoln High School with the class of 1947, and later from Geneva College with a degree in Business. He enlisted with the United States Army on August 2, 1948 and served with the Company B 3rd Infantry at Fort Myer, Virginia until his discharge on August 1, 1951 with the rank of Corporal. From 1946 until he enlisted with the army in 1948, Frank worked for Kriegisch Sawmill in Ellwood City as a lumber checker.  Following his service with the army, he worked at the Aetna Standard Engineering Company as a machinist, Mesta Machine in New Castle as a draftsman, Presley Ridge School in Pittsburgh as a purchasing agent, and Passavant Health Center in Zelienople as a purchasing agent and maintenance supervisor. Following his retirement, Frank drove school and tour buses for Zona Tours. He was an avid sports fan, and enjoyed spending time with his grandchildren.

He is survived by his daughters, Michele (Joseph) Lamenza of Ellwood City, Vicki Kriegisch of Zelienople, and Holly (Chuck) Girdwood of Portersville, his son, Frank A. (Brenda) Kriegisch of Ellwood City, his grandchildren, Joseph (Ashlee) Lamenza, Matthew (Lexie) Lamenza, Charles and Frankie Kriegisch, Olivia and Tyler Girdwood, and his great-grandchildren, Giovanni and Giada Lamenza.

He was preceded in death by his parents, his wife, Mary Louise (Aiken) Kriegisch whom he married on May 17, 1951 and passed away on January 11, 2004, his son in infancy, and his brothers, Ed, Bill, Chuck, Al, Paul, and Fred Kriegisch.

A private visitation and service will be held for Mr. Kriegisch’s family at the Samuel Teolis Funeral Home and Crematory Inc. with Rev. R. Tod Custer officiating. Inurnment will be at the Locust Grove Cemetery.

Memorial contributions in Mr. Kriegisch’s name may be made to the Cerebral Palsy Foundation.