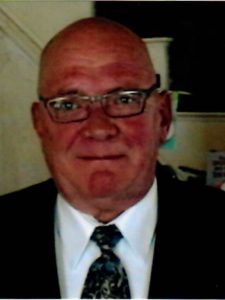 Mr. Seman was born on November 20, 1946 in Beaver Falls to the late Frank W. Seman, Sr. and Jenny (Shumack) Seman. He had graduated from the Beaver Falls High School with the class of 1964. Frank was drafted by the U.S. Marines on February 2, 1966 and served until he was discharged on February 22, 1968 with the rank of Corporal. He was awarded the National Defense Service Medal, Vietnamese Service Medal, and the Vietnamese Campaign Medal. Frank then worked at the Babcock & Wilcox Steel Mill as an instrument repair supervisor for 23 years, Penn Power for 8 years, and Her Aeus for 7 years. He was also the owner and operator of Seman’s Electric. He had served as the Commander and President of the former VFW Post 252 in Ellwood City, and as the President of Union 2B. Frank enjoyed riding his Harley Davidson motorcycles, and watching the Pittsburgh Steelers and Penguins.

He is survived by his wife, Chonda (Duncan) Seman whom he married on December 10, 1989, his daughters, Cathy (Doug) Brown of New Brighton and Cindy (Tom) Neely of Shenango Twp., his grandchildren, Carter, Logan, and Grace Brown, TJ, and Chonda Neely, his sisters, Marilyn Seman, Julie (Butch) McCann, Marjorie (Chuck) McCann, and his brothers, Mike (Catherine) Seman, and Bill Seman all of Beaver Falls.

As per Frank’s wishes there will not be a public visitation or service. The funeral arrangements are entrusted to the Samuel Teolis Funeral Home, Inc. and Cremation Services.