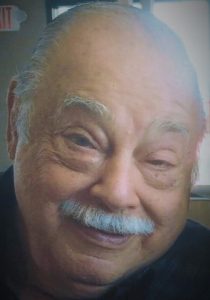 Mr. Zona was born in Ellwood City on July 6, 1938 to the late Harry and Elizabeth (LaCava) Zona. He is a member of the Lincoln High School class of 1957, and the Holy Redeemer Parish. Frank had worked at Garrett’s for 15 years, the Babcock & Wilcox Steel Mill in Beaver Falls for 10 years, and for the Passavant Retirement Community in Zelienople for 24 years as a maintenance man. He also is a member of the Sons of Italy #608. Frank enjoyed hunting, fishing, and woodworking.

Visitation will be held on Tuesday from 2-4 and 6-8 pm at the Samuel Teolis Funeral Home and Crematory Inc.. A mass of Christian burial will be held on Wednesday at 10:00 am at the Holy Redeemer Church. Interment will follow at the Locust Grove Cemetery. Those attending the visitation and mass are asked to wear a mask and practice social distancing.

Memorial contributions in Mr. Zona’s name may be made to the charity of the donors choosing.