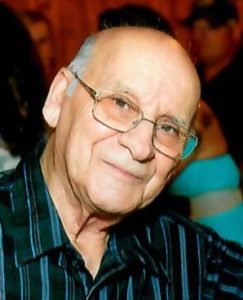 Mr. Nuzzo was born on May 12, 1932 in Monongahela, PA to the late Antonio and Katherine (Quiden) Nuzzo. Fred enlisted with the U.S. Army on January 27, 1953 and served until his discharge on January 22, 1955 with the rank of Private First Class.  He then worked at the George K. Garrett Co. in Ellwood City as a press operator, and retired from the Riverside High School where he worked as a custodian. He enjoyed gardening, landscaping, woodworking, and most of all fishing with his grandchildren.

He was preceded in death by his parents, his sister, Julia, and his brothers, Pat, Sonny, Michael Nuzzo.

Memorial contributions in Mr. Nuzzo’s name may be made to the Holy Redeemer Angel Fund.