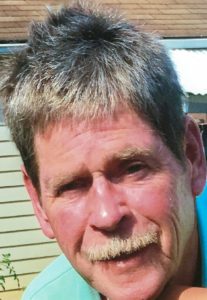 Mr. Frederick “Rick” B. McDowell, 68, of Ellwood City passed away on Thursday, February 18th, 2021 at the Allegheny General Hospital in Pittsburgh.

Rick was born on November 15th, 1952 in New Castle to Boyd and Mary Ellen (Vogt) McDowell. Rick graduated from Lincoln High School with the class of 1971, and attended the Beaver County Community College. In his younger years Rick worked at Beatrice’s Gas Station in Ellwood City and New Castle and then for Jim Beatrice’s Food Supply. He then worked at his family’s business “McDowell’s Hotel” on Lawrence Avenue as a manager. Following that, Rick went on to work at McElwain Motors as a salesman for 12 years, and then retired from The North Star Car Dealership in Zelienople where he worked  as a salesman for 20 years. He was a past-member of the Son’s of Italy #608 and the Ellwood City Saxon’s Club. An outdoorsman, Rick enjoyed fishing, hunting, gardening, boating, and swimming. He was an avid Pittsburgh Steelers and Pirates fan, and loved to be around his family, especially his grandchildren.

He was preceded in death by his father, Boyd McDowell, his sister-in-law, Karen Hull, and his in-laws, Sam and Alma Minnocci.

Due to the current COVID-19 pandemic there will not be a public visitation, a memorial service for Rick will be held at a later date. The Samuel Teolis Funeral Home and Crematory Inc. has been entrusted with Rick’s final arrangements.

Memorial Contributions in Rick’s name may be made to the Holy Redeemer Social Services.