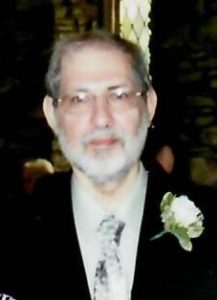 Mr. George E. Miller, 76, of Ellport passed away on Thursday, August 29, 2019 at the Brighton Rehabilitation and Wellness Center.

Mr. Miller was born on June 4, 1943 in New Castle to the late George W. and Edna (Wenkhous) Miller. He graduated from Lincoln High School with the class of 1961. He enlisted with the U.S. Navy on May 31, 1961 and served honorably until his discharge on June 1, 1964. George then worked for the Babcock & Wilcox Steel Mill in Koppel, Beaver Falls, and Ambridge from 1964 until he retired in 1984. He enjoyed gardening, walking, and watching movies.

He is survived by his wife, Julia (Pelliccioni) Miller whom he married on May 22, 1970, his son, Justin (Diana) Miller of Cranberry Twp., his sisters, Mary Susan Cross and Nancy (Steve) Thomas both of Ellwood City, his brother, Joel (Roxann) Miller of Minnesota, and several nieces and nephews.

Mr. Miller’s family would like to thank the doctors, nurses, and attendants of 4 East floor of the Brighton Rehabilitation and Wellness Center for the wonderful care they extended to him.

As per Mr. Miller’s wishes there will not be a public visitation or service. The funeral arrangements are entrusted to the Samuel Teolis Funeral Home and Crematory Inc..

Memorial contributions in Mr. Miller’s name may be made to the Lincoln High School Marching Blue Band boosters organization.