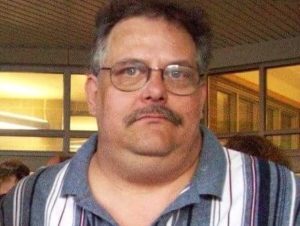 George E. Strabel, 53, of Ellwood City passed away on Wednesday, January 17, 2018 at the Heritage Valley Medical Center. George was born on September 4, 1964 in New Brighton to the late Emery and Bertha Ann Cumberledge Strabel. He had graduated from Center High School with the class of 1982, and later from the New Castle School of Trade where he studied auto mechanics. George had worked for J.B. Boots Pittsburgh Welding Forge, Doren Inc., and the Ellwood City Forge. He enjoyed hunting, fishing, and working on cars.

George is survived by his daughters Jordyn Strabel of Ellwood City and Jade (Alex) Caldararo of New Castle, his step-daughters Rachel Freet and Kylee Hooks both of Ellwood City, 11 grandchildren, his sister Birdie (Gary) Reese of New Galilee, and his brothers Robert (Sue) Cumberledge of New Brighton and Donald (Debbie) Strabel of Louisville, KY, and his companion Sarah Whelan.

He was preceded in death by his parents, and his brother Jimmy Strabel in infancy.

As per George’s wishes there will not be a public visitation or service. The funeral arrangements are entrusted to the Samuel Teolis Funeral Home, Inc. and Cremation Services.