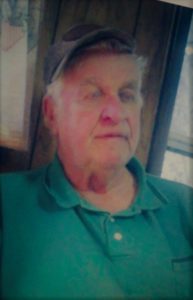 Mr. Parker was born on June 6, 1934 in New Castle to the late George H. and Lillian Ketterer Parker. He enlisted with the U.S. Navy on September 23, 1951 and served on the USS Keppler and the USS Cascade until his discharge on September 24, 1959.  He was awarded the National Defense Service Medal, Good Conduct Medal, and the Navy Occupation Service Medal (European Clasp). Following his service with the Navy, George worked at the Babcock & Wilcox Steel Mill. After the mill closed, George was the owner and operator of The Ranch in Wayne Twp. for several years. He also worked for Parker’s Vacuum Cleaner and Appliance Service in Beaver Falls and Ellwood City. An outdoorsman, George enjoyed fishing, hunting, and gardening.

He was preceded in death by his parents, and his sisters; Patricia Ann Parker and Jacquelyn K. Parker.

As per George’s wishes there will not be a visitation or service. The funeral arrangements have been entrusted to the Samuel Teolis Funeral Home, Inc. and Cremation Services.